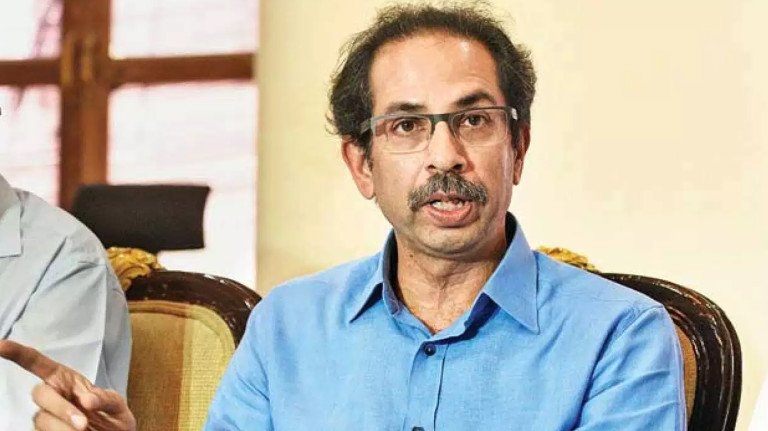 Bigg Boss is one reality show that is known to attract controversies and this year is no different. One big controversy at the moment is regarding the insult of “Marathi language” by a contestant in the show. The contestant is none other than Jaan Kumar Sanu, son of popular singer Kumar Sanu.

In Tuesday episode, Jaan Kumar Sanu had an argument with Rahul Vaidya and Nikki Tamboli and during this heated discussion, he can be seen blurting out, “that if they wish to speak with him, then don’t talk in Marathi“.  The clip of him saying this has been posted on social media and has gone viral. This statement has not gone down well with both MNS and Shiv Sena. Under these circumstances, Viacom 18 Media Private Limited has issued an apology letter for Jaan’s “objectionable comment”.

The apology letter to chief minister Uddhav Thackeray, Viacom 18 has shared: “We hereby apologise if we have inadvertently hurt the feelings of the people of Maharashtra due to the broadcast of the same comment in relation to the Marathi language”. They also mentioned that the objectionable part has been removed from all future broadcasts.

The channel also aired an apology by Jaan Kumar Sanu in Wednesday’s episode. In that clip, Jaan mentions that he did not mean any harm and even apologized for this grave error.

Yeh hua dusra danka Aur !!! On Air apology, yet I would request this guy should be the on out of the show and Such people should not be tolerated by our society !!! @AUThackeray ji @SardesaiVarun ji @aadeshbandekar ji https://t.co/rjjNQpdJl1 pic.twitter.com/i897VKvHmu

Jaan’s mother Rita Bhattacharya too has issued a statement which reads: “I request everyone to please treat this as a game and not attach their personal agendas with it. When Jaan, Rahul Vaidya and Nikki were together that time Nikki and Rahul were talking in Marathi which Jaan didn’t understand that’s why he requested them to avoid talking in Marathi because he thought they are talking about him. Please analyse the situation and then come to a conclusion.”

She further adds, “How can he insult the Marathi language? We are staying in Maharashtra since so many years, it’s been more than 30 to 35 years now. Maharashtra has given so much love and respect to his father (singer) Kumar Sanu ji. Such bizarre assumptions are causing a lot of unnecessary stress. The host of the show Salman Khan has clearly said that sirf Hindi bhasha ka prayog kare (only use Hindi language). In I knew Shri late Bal Thackeray ji and I know Uddhav Thackeray ji very well. How can we insult Maharashtra? They are family. Will you appreciate if Jaan starts talking in Bengali and for that matter, each and every contestant starts talking in their state language? Please let him be, he is a kid, a child, don’t trouble him. We salute Maharashtra”.

Earlier in the day, Maharashtra Navnirman Sena (MNS) leader Amey Khopkar has issued a warning against Jaan Kumar Sanu. Khopkar has claimed that such a statement is derogatory and disrespectful towards the Marathi language. He even demanded an apology for the same and if Jaan Kumar Sanu does not issue an apology within 24 hours, then shooting of Bigg Boss 14 will be stopped.”

Khopkar added, “If one has to stay in Maharashtra then you have to respect the Marathi language.”

Aayushi Mehtahttps://movienewsclub.com/
Aayushi is the first employee hired by Rohan for Movienewsclub and works with total dedication. She was younger when she joined the team. She spent sleepless nights to learn more about how to cover and write news articles and promote them. She is now the senior member of the team and is doing well. She has writing skills from God. So, in addition to writing, she also edits. It covers the latest news from the worlds of entertainment.

The controversial reality show, Bigg Boss has been garnering a lot of headlines of late. The show started on a slow note but...
Read more
Entertainment

We should appreciate Akshay for doing such a strong film: Laxmi Narayan Tripathi

Laxmii starring Akshay Kumar and Kiara Advani, which is all set for it’s OTT release, recently held a special premiere in Delhi for...
Read more
Entertainment

The Indian Army is not just a force that safeguards our borders, it is an emotion that binds the people of the nation....
Read more

Contestant and model Mandana Karimi of Bigg Boss 9 is often dominated by her hot and sexy pictures on social media. These days once...
Read more

Dhamaka: Kartik Aaryan releases first look of his film as birthday treat to his fans

Image Source - InstagramKartik Aaryan has turned a year older today and on his 30th birthday, the actor announced his next titled...
Read more

The controversial reality show, Bigg Boss has been garnering a lot of headlines of late. The show started on a slow note but...
Read more

Tenu Meri Umar Lag Jaave singer Rahul Jain: When Terence Lewis heard the song, he had tears in his eyes

Ever since ALTBalaji & ZEE5 Club, the Indian hub for OTT platform announced the launch of their magnum opus ‘Paurashpur’, fans have been...
Read more

Various Hindi, as well as Marathi film projects have started going on floor and have started shooting on a war front attempting to...
Read more

This Diwali, Rohit Bose Roy will be seen in a completely different avatar in Ullu’s upcoming series “Paper”. The trailer of the series...
Read more

Contestant and model Mandana Karimi of Bigg Boss 9 is often dominated by her hot and sexy pictures on social media. These days once...
Read more

Dhamaka: Kartik Aaryan releases first look of his film as birthday treat to his fans

Image Source - InstagramKartik Aaryan has turned a year older today and on his 30th birthday, the actor announced his next titled...
Read more

The controversial reality show, Bigg Boss has been garnering a lot of headlines of late. The show started on a slow note but...
Read more